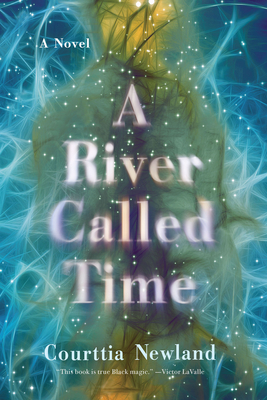 Newland...imagines a world where colonialism never happened at all...It's speculative fiction that genuinely made me speculate.
--Wired

Newland has produced a text that piques and provokes, providing a guidebook to worlds both uncomfortably familiar and radically new.
--Strange Horizons

An immersive speculative novel set in a dystopian city that's facing an uprising.
--Foreword Reviews, a Book of the Day selection

What would London be like if the UK had not colonized half the world? That's the question that drives Courttia Newland's A River Called Time. When young Markriss has the opportunity to move into the Ark--a massive structure that promises a utopian existence for the invited--he takes it, only to find that the world of his dreams isn't as idyllic as he was promised.
--Bustle

Part sci-fi, fantasy, and Afro-futurism but not squarely one or the other, A River Called Time transports the reader into a London undone by time, a London of possibility and, necessarily, of new villains.
--Public Books

No one can doubt the sheer energy and verve of Newland's vision.
--The Guardian (UK), Book of the Day selection

This is an ambitiously imagined book that, by removing the European lens on African cultures, creates a new reality that allows us to question how we view our own. Complex and multilayered, this novel opens the door to the possibilities of noncolonial worlds.
--Kirkus Reviews

A River Called Time is ambitious, sprawling, unpredictable and fascinating...A relentlessly imaginative novel about a world where colonialism and slavery never occurred and yet brutal inequality persists.
--Shelf Awareness

Courttia Newland is a formidable writer...And his latest work, A River Called Time, is an extraordinary piece of speculative fiction...Newland offers a brilliant remix of history...This may be a work of speculative fiction but its critical lens is present and prescient.
--Financial Times, reviewed by Imani Perry

Courttia Newland is the author of seven books including his much-lauded debut, The Scholar. His last novel, The Gospel According to Cane, was published by Akashic in 2013. In 2016 he was awarded the Roland Rees Bursary for playwriting. As a screenwriter, he has co-written two episodes of the Steve McQueen BBC series Small Axe.