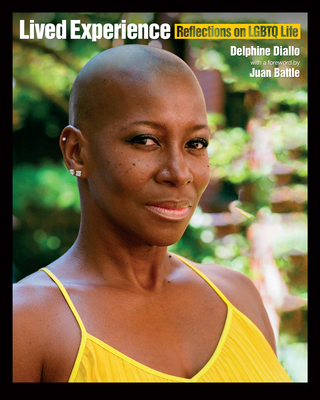 Even with the extraordinary strides the LGBTQ movement has made in civil rights, acceptance, and visibility over the past half century, a growing portion of the community remains largely invisible, its concerns relegated to the margins.

In the latest in a groundbreaking series of beautiful photobooks on LGBTQ communities around the world--from Russia to Mexico to Japan--French-Senegalese photographer Delphine Diallo centers on the voices and lives of older LGBTQ people in the United States, a generation that has been ravaged by the AIDS epidemic but has also been instrumental in extraordinary progress in LGBTQ rights and visibility in this country.

The series of fifty full-color portraits of LGBTQ people from across the nation--interviewed on the fiftieth anniversary of the Stonewall riots that led to modern LGBTQ rights movement--offers this wise and resilient cohort a chance to share their stories and to reflect. With a special focus on people of color, Lived Experience is a celebration of an underserved, neglected part of the LGBTQ world in America and an inspiration to future generations.