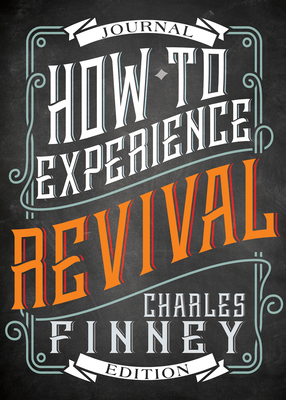 
We can usually get this book in 3 to 7 days, except during a pandemic. We are doing our best
Revival starts with one person. You. Charles Finney--who shook up nineteenth-century America with his preaching, earned the title Father of Modern Revivalism, and became the forerunner of revivalists like Dwight L. Moody and Billy Graham--knew a thing or two about revival. And he claimed it began not in the emotion of the masses but in the repentance of the individual. This new journal edition of a spiritual classic invites readers to record their reflections, thoughts, and prayers in response to Finney's fiery words on how to experience revival. As you let his message soak in and interact with your life, you might find revival to be closer to home than you ever expected.
Charles Finney (1792-1875) was nearly thirty years of age when he turned from his skepticism regarding Christianity and wholeheartedly embraced the Bible as the true Word of God. He gave up his law profession in order to spread the gospel and soon became the most noteworthy revivalist of the nineteenth-century Second Great Awakening. In 1835, upon the request of Arthur Tappan, Finney established the theology department at Oberlin Collegiate Institute (today known as Oberlin College). He served there as a professor of theology, as well as pastor of Oberlin's First Congregational Church, until a few years before his death in August 1875.