Children of the Stone: The Power of Music in a Hard Land (Paperback) 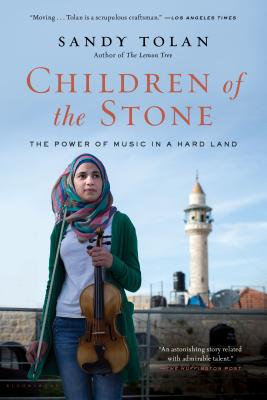 Children of the Stone: The Power of Music in a Hard Land (Paperback)

It is an unlikely story. Ramzi Hussein Aburedwan, a child from a Palestinian refugee camp, confronts an occupying army, gets an education, masters an instrument, dreams of something much bigger than himself, and then, through his charisma and persistence, inspires others to work with him to make that dream real. The dream: a school to transform the lives of thousands of children--as Ramzi's life was transformed--through music. Musicians from all over the world came to help. A violist left the London Symphony Orchestra, in part to work with Ramzi at his new school. Daniel Barenboim, the eminent Israeli conductor, invited Ramzi to join his West Eastern Divan Orchestra, which he founded with the late Palestinian intellectual, Edward Said. Since then the two have played together frequently.

Children of the Stone chronicles Ramzi's journey--from stone thrower to music student to school founder--and shows how through his love of music he created something lasting and beautiful in a land torn by violence and war. This is a story about the power of music, but also about freedom and conflict, determination and vision. It's a vivid portrait of life amid checkpoints and military occupation, a growing movement of nonviolent resistance, the prospects of musical collaboration across the Israeli-Palestinian divide, and the potential of music to help children everywhere see new possibilities for their lives.

Sandy Tolan is the author of Me & Hank and The Lemon Tree. As cofounder of Homelands Productions, Tolan has produced dozens of radio documentaries for NPR and PRI. He has also written for more than forty magazines and newspapers. His work has won numerous awards, and he was a 1993 Nieman Fellow at Harvard University and an I. F. Stone Fellow at the UC Berkeley Graduate School of Journalism. He is an associate professor at the Annenberg School for Communication and Journalism at the University of Southern California in Los Angeles.