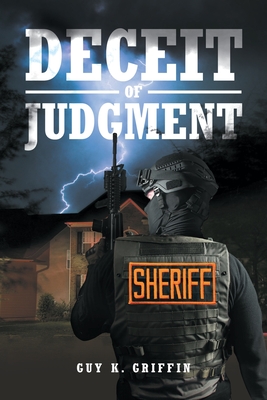 A prominent district attorney was brutally slain in the early morning outside the Kaufman, Texas, courthouse. Two assailants laid in wait. One of them confronting him on his walk to work. Brutally shooting him multiple times. This was just the beginning of a series of horrific true crimes that took place in Texas and Colorado over the next several months. Since many of those murdered were of significance in law enforcement, the gruesome crimes were reported throughout the United States.

Were the culprits the Aryan Brotherhood, highly suspected by the local and national media? Or a family member seeking revenge from the justice system for a loved one? Maybe an embittered parolee wanting vengeance for a lengthy prison sentence.

Follow Texas Ranger Tyler "Tex" Davis, his fellow Rangers, FBI, and others as they attempt to solve this complex sequence of assassinations and murder. Based on true facts, Guy K. Griffin renders the story as a mystery thriller for those unfamiliar with this tale of true crime.

For those familiar with these crimes, the author's research will reveal interesting little know facts about the why and how not reported by the national media, making for an interesting read for those in the know.