The Last Gift: By the Winner of the 2021 Nobel Prize in Literature (Paperback) 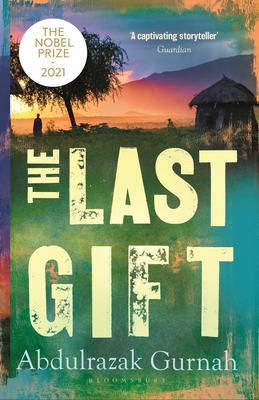 The Last Gift: By the Winner of the 2021 Nobel Prize in Literature (Paperback)

From the winner of the 2021 Nobel Prize in Literature, an astounding meditation on family, self and the meaning of home.

Abbas has never told anyone about his past-before he was a sailor on the high seas, before he met his wife Maryam outside a drugstore in Exeter, before they settled into a quiet life with their children, Jamal and Hanna. Now, at the age of sixty-three, he suffers a collapse that renders him unable to speak about things he thought he would one day have to.

Jamal and Hanna have grown up and gone out into the world. They were both born in England but cannot shake a sense of apartness. Hanna calls herself Anna now, and has just moved to a new city to be near her boyfriend. She feels the relationship is headed somewhere serious, but the words have not yet been spoken out loud. Jamal, the listener of the family, moves into a student house and is captivated by a young woman with dark blue eyes and her own complex story to tell. Abbas's illness forces both children home, to the dark silences of their father and the fretful capability of their mother, Maryam, who has never thought to find herself-until now.

“Abdulrazak Gurnah is a captivating storyteller, with a voice both lyrical and mordant, and an oeuvre haunted by memory and loss.” —The Guardian (UK)

“Gurnah has some of the sharpness and clarity of VS Naipaul and more than a dash of Ben Okri's measured poetic diction.” —New Statesman (UK)

“As always with Gurnah's writing, you relish his juxtapositions of beauty and bitterness, political edge and personal pain, betrayal and resilience.” —Michele Roberts, author of Ignorance

“Gurnah writes beautifully, with the satisfying assurance of someone who knows how to achieve his effects without undue fuss but with absolute precision.” —Daily Telegraph (UK)

“Gurnah manages to match a strong plot with powerful musings on mortality, the weight of memory, and the struggle to establish a post colonial identity.” —Publishers Weekly

“Gurnah's fluid, poetic prose contains striking turns of phrase that allow the reader to appreciate the beauty in even the most mundane memories...a truly powerful novel.” —Booklist