A Model of Christian Charity: A City on a Hill (Paperback) 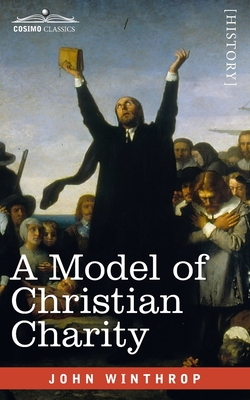 A Model of Christian Charity: A City on a Hill (Paperback)

"For we must consider that we shall be as a city upon a hill. The eyes of all people are upon us. So that if we shall deal falsely with our God in this work we have undertaken, and so cause him to withdraw his present help from us, we shall be made a story and a by-word through the world." -John Winthrop, A Model of Christian Charity, 1630

In 1630, the ship Arbella left England carrying a group of Puritans led by John Winthrop for the Massachusetts Bay Colony in New England. During this journey, Winthrop delivered a sermon, A Model of Christian Charity, in which he called upon the colonists to be stricter in their religious observance and to work together. He also declared that the settlers were destined to build a "city upon a hill"-influenced by the Bible's Sermon on the Mount.

This deeply religious text and its idea of a "city upon a hill," has inspired several presidents from John F. Kennedy to Ronald Reagan and Barack Obama in their speeches about American exceptionalism.

Also from Cosimo Classics: Gods Promise to His Plantation (1630) by John Cotton.