William Wallace: A Captivating Guide to a Freedom Fighter and Martyr Who Impacted Scottish History and Scotland's Independence from Eng (Hardcover) 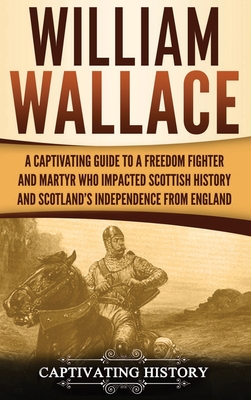 William Wallace: A Captivating Guide to a Freedom Fighter and Martyr Who Impacted Scottish History and Scotland's Independence from Eng (Hardcover)

You might recognize him from Mel Gibson's film Braveheart...

Sir William Wallace (c. 1270 - 1305) was - and is - a Scottish national icon of the highest order. Born as the landless younger son of a minor nobleman (Sir Malcolm Wallace), his startling rise to become a military and historical legend, an exemplary patriot, and a national hero is an embodiment of the underdog narrative that many people identify with in film and real life.

Wallace earned a place in history for his successful efforts in leading the Scottish resistance forces who had been rallying against English rule since Scotland was conquered in 1296.

Some of the topics covered in this book include:

So if you want to discover more about the life of William Wallace, click "Add to Cart"