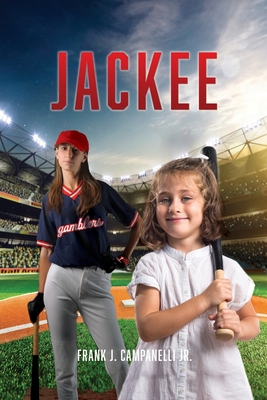 
We can usually get this book in 3 to 7 days, except during a pandemic. We are doing our best
(This book cannot be returned, even for store credit.)
A young girl, Jackee, dreams of becoming a Major League Baseball player. Facing tremendous odds, sexism and stereotypical beliefs. Jackee, discovers how family, friends and even strangers help her to achieve her dream. More importantly, she realizes that God is by her side through every step of this journey. Frank J. Campanelli Jr., "Campy, for short", was born in Jamaica Queens in 1936. His love of baseball and the Brooklyn Dodgers began in 1946. It was during these early years that he witnessed, and was impacted, by the racial struggles of Jackie Robinson and the integration of Major League Baseball. After graduating college and serving in the Military he began his accounting and teaching career on Long Island. He became a Business Teacher and the Baseball Coach at Connetquot High School. From his early days of working he witnessed many forms of discrimination against women. When teaching he tried to make his students think about future goals. His love of baseball and his support of racial and gender equality helped to formulate the story of Jackie Jenco.