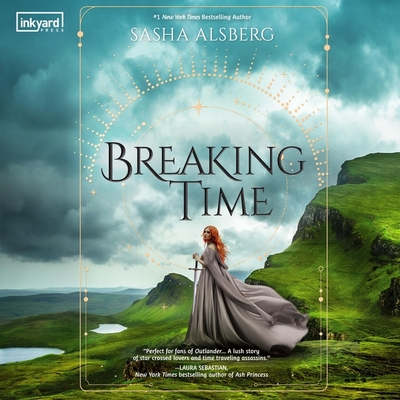 Fate brought them together. Time will tear them apart.

When a mysterious Scotsman suddenly appears in the middle of the road, Klara thinks the biggest problem is whether she hit him with her car. But, as impossible as it sounds, Callum has stepped out of another time, and it's just the beginning of a deadly adventure.

Klara will soon learn that she is the last Pillar of Time--an anchor point in the timeline of the world and a hiding place for a rogue goddess's magic. Callum believes he's fated to protect her at all costs after being unable to protect the previous Pillar, his best friend, Thomas. A dark force is hunting the Pillars to claim the power of the goddess--and Klara and Callum are the only two people standing in the way. Thrown together by fate, the two have to learn to trust each other and work together ... but they'll need to protect their hearts from one another if they're going to survive.