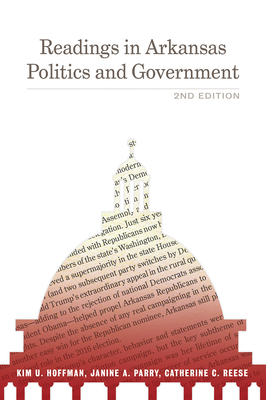 By Kim U. Hoffman, Janine A. Parry, Catherine Reese


We can usually get this book in 3 to 7 days, except during a pandemic. We are doing our best
This second edition of the authoritative Readings in Arkansas Politics and Government brings together in one volume some of the best available scholarly research on a wide range of issues of interest to students of Arkansas politics and government. The twenty-one chapters are arranged in three sections covering both historical and contemporary issues—ranging from the state’s socioeconomic and political context to the workings of its policymaking institutions and key policy concerns in the modern political landscape. Topics covered include racial tension and integration, social values, political corruption, public education, obstacles facing the state’s effort to reform welfare, and others. Ideal for use in introductory and advanced undergraduate courses, the book will also appeal to lawmakers, public administrators, journalists, and others interested in how politics and government work in Arkansas.
Kim U. Hoffman is associate professor of public administration at the University of Central Arkansas.

Janine A. Parry is professor of political science at the University of Arkansas, where she is director of the Arkansas Poll.

Catherine C. Reese is professor of public administration at Arkansas State University.
“Arkansas’s political history and much of the country’s is the story of the continual search for plausible-sounding theories for why the great guarantees of equal rights and protections for all in federal and state constitutions really don’t mean what they say when it comes to matters like education, justice, elections, health care, gender, and sexuality. Here is an exhaustive scholarly review of those battles across a century in our little state.”
—Ernie Dumas