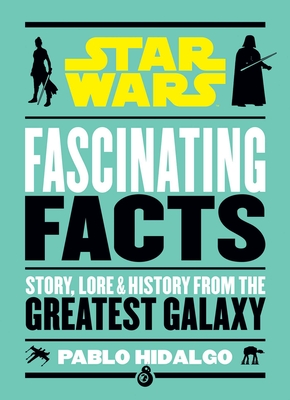 
We can usually get this book in 3 to 7 days, except during a pandemic. We are doing our best
An insider’s guide to little-known facts from all nine films of the Skywalker Saga.

Star Wars: Fascinating Facts is a compendium of hundreds of little-known facts about all nine episodes in the Skywalker Saga—from behind-the-scenes on-set tidbits to stories about how the tale of Star Wars was created. Profiles of important characters and early drafts of scripts show what might have been, details of how famous scenes were filmed, and other firsthand accounts from cast and crew members.
A 20-year veteran at Lucasfilm, Pablo Hidalgo has long been writing professionally about the depths and detail of the Star Wars saga, starting with supporting material for the original role-playing game. He has written numerous definitive guides on Star Wars and serves as a researcher for new storytellers developing film, TV, and other projects. He lives in San Francisco.