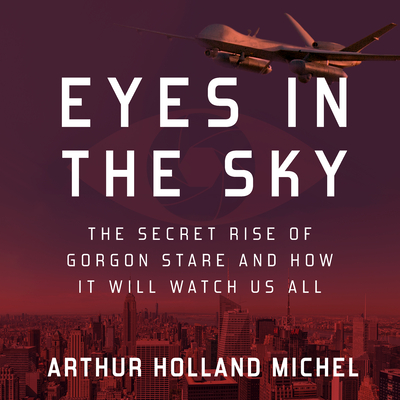 The fascinating history and unnerving future of high-tech aerial surveillance, from its secret military origins to its growing use on American citizens. Eyes in the Sky is the authoritative account of how the Pentagon secretly developed a godlike surveillance system for monitoring America's enemies overseas, and how it is now being used to watch us in our own backyards. Whereas a regular aerial camera can only capture a small patch of ground at any given time, this system-and its most powerful iteration, Gorgon Stare-allow operators to track thousands of moving targets at once, both forwards and backwards in time, across whole city-sized areas. When fused with big-data analysis techniques, this network can be used to watch everything simultaneously, and perhaps even predict attacks before they happen. In battle, Gorgon Stare and other systems like it have saved countless lives, but when this technology is deployed over American cities-as it already has been, extensively and largely in secret-it has the potential to become the most nightmarishly powerful visual surveillance system ever built. While it may well solve serious crimes and even help ease the traffic along your morning commute, it could also enable far more sinister and dangerous intrusions into our lives.