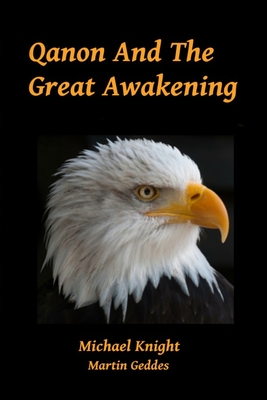 By Martin Geddes (Contribution by), Michael Knight
$16.45
Special Order -- These books can be hard for us to get
(This book cannot be returned, even for store credit.)

This book is about the Qanon movement - which the mainstream media has insisted in hundreds of articles is a conspiracy theory - but without once explaining why it grew from a single post on an obscure Internet website, to a following of hundreds of thousands, perhaps millions of people worldwide in less than two years. And that is not fake news. It is a fact. In over 3000 posts, the anonymous "Q" has revealed truly shocking insights into what has become known as The Deep State - a cabal of individuals ensconced in the political/military/industrial complex.Quickly becoming known as "Qanons," but remaining for the most part completely anonymous, Q's readers began their own investigations, and as this book explains in detail, between them, they have uncovered not only a plot to take down the president of the United States, but also their involvement in creating wars, running international drug trafficking operations, and operating a worldwide human trafficking network. Hence the phrase "Drain The Swamp." Unlike today's fake news corporations and reporters, author Michael Knight, now retired after decades working internationally in many branches of the mainstream media, has used those investigative skills to diligently investigate what the Qanon movement really is, and why it now has a worldwide following. which has become known as The Great Awakening.