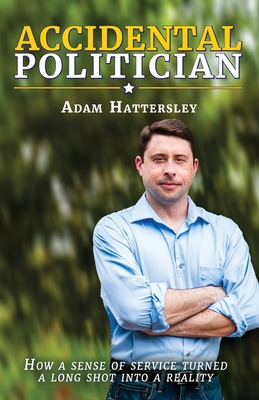 Adam Hattersley has always believed in service: service to country, service to others, service to community. But he honestly never expected that his desire to serve would lead him to politics. So, when approached to run for a seat in the Florida House of Representatives, he was surprised and didn't even know how to get on the ballot, much less how to find the money to win a race that had gone for the other party the previous two decades.

Some of what led to his being asked to run was that he spent eight years as a nuclear submarine officer in the United States Navy, had volunteered for an Army deployment during the height of the Iraq War, and received a Bronze Star in the process. In addition, he was personable, smart, dedicated, and caring. In other words, he had potential.

In his break-out book, Adam shares the hazards, lessons, and surprises he, his wife, and his campaign team experienced while running for a legislative office that he was most definitely not predicted to win.

Adam wrote this book to give insight to others like him who wish to serve by running for office in their hometown, county, or state. There's a whole lot more to politics than meets the eye, and this book pulls back the curtain on what it takes to decide to run, raise funds to campaign and find a pathway to victory.