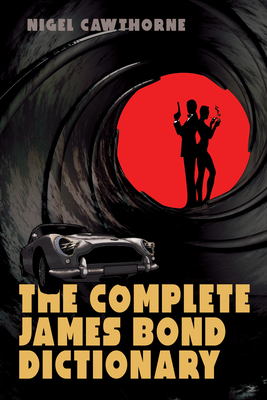 
Not Yet Published
Ian Fleming's James Bond character has entertained book readers and motion picture audiences for nearly sixty years, and the filmmakers have come a long way since they spent $1 million producing the very first James Bond movie, Dr. No, in 1962. The 2015 Bond title, Spectre, cost $250 million and grossed $881 million worldwide-and 2021's No Time to Die is certain to become another global blockbuster. The James Bond Dictionary is completely up-to-date and covers films as well as books the cast and filmmakers, fascinating facts, trivia, bloopers, classic quotes, character bios in an exhaustive piece of research that any fan will want to have or present as a gift.
Nigel Cawthorne started his writing career at the FINANCIAL TIMES and is the author of several books on film history, as well as a biography of Ian Fleming. He has appeared on Sky, ITV, STV and BBC radio 4 and written for the Daily Mail, Telegraph and Sunday Telegraph and other papers. He lives in Bloomsbury, London.