Bullet Train: The Art and Making of the Film (Hardcover) 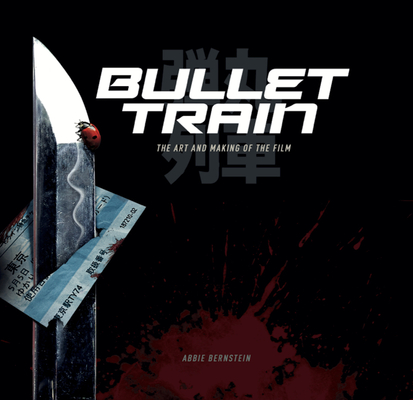 Bullet Train: The Art and Making of the Film (Hardcover)

Assassin-for-hire Ladybug (Brad Pitt) is filling in for a colleague and just wants an easy in-and-out mission for once. What he gets is far from it. There are four other assassins on this Japanese bullet train (Joey King, Brian Tyree Henry, Aaron Taylor-Johnson, and Zazie Beetz) and when each assassin’s mission impedes the others’, it leads to disastrous consequences.

Go behind the scenes of this action-packed film in exclusive detail. This beautiful coffee-table book is full to the brim with concept art, behind-the-scenes photography, and storyboards, accompanied by exclusive interviews with the cast and crew, including David Leitch, Aaron Taylor-Johnson, Brian Tyree Henry, and Hiroyuki Sanada.
Abbie Bernstein is passionate about pop culture and is the author of many film and TV tie-in books, such as The Art of Mad Max: Fury Road, Altered Carbon: The Art and Making of the Series, Godzilla King of the Monsters, and The Cabin in the Woods: Official Visual Companion. As a journalist, she currently writes for magazines including Assignment X, Fangoria, and Buzzy Mag. She is also a fiction writer and filmmaker. Abbie is based in Los Angeles, California.