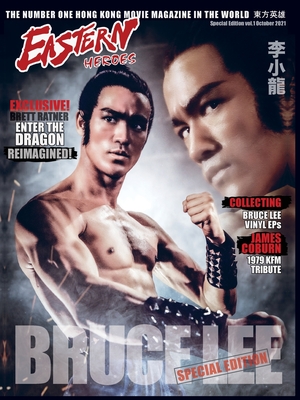 After the success of the relaunch of Eastern Heroes magazine, we have now created a new Special edition, focusing on Bruce Lee.

Packed with many new articles from various authors. Including "Enter the Dragon" reimagined, Brett Ratner, talks about his proposed idea that was green-lighted by Warner Brothers. Anha Capris 8mm behind-the-scenes footage, taken during the filming of "Enter the Dragon" examined and broken down

The Game of Death Bruce Lee's unfinished enigma. Enduring icon of the 20th century Will Johnston examines the enduring fame of Bruce Lee against other icons of the past 100 years. Plus much more in this bumper-packed 96-page edition.