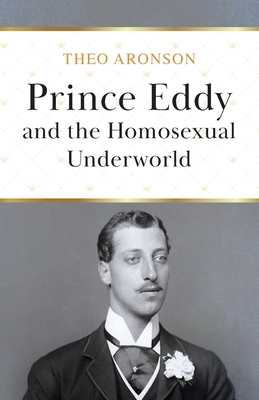 Prince Albert Victor, known to his family as 'Eddy', was the eldest child of King Edward VII and Queen Alexandra. This is the story of Prince Eddy's alleged involvement in a Victorian cause c l bre - the Cleveland Street brothel case.

The discovery of this homosexual brothel in 1889 led to an extraordinary cover-up by the British government - a cover-up which is explicable only in the light of Prince Eddy's involvement.

Working from original sources (including the files of the Director of Public Prosecutions and the Esher Papers), Theo Aronson has written the first full account of the strange life of Prince Eddy, setting it in perspective against a vivid backcloth of the astonishingly active homosexual underworld during the last decades of Queen Victoria's reign.

Prince Eddy and the Homosexual Underworld explores Prince Eddy's upbringing, his university and military careers, his curious personality, his alleged "secret marriage", his links with the Jack the Ripper murders, his early death and, above all, his sexual orientation. For it was this that linked the young prince's name to the Cleveland Street Scandal.

Praise for Prince Eddy and the Homosexual Underworld: