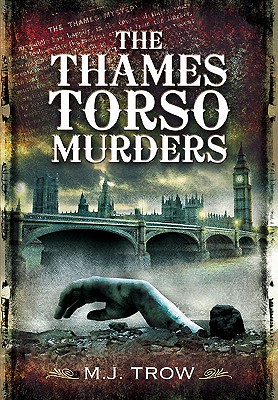 
This book has been declared out of stock indefinitely, so we are unlikely to be able to get it.
Dismembered corpses are discovered scattered along the banks of the river Thames, a calculating clinical multiple murderer is on the loose, and the London police have no inkling of the killer's identity - and, more than a century later, they still don't. In this, M.J. Trow's latest reinvestigation of a bizarre and brutal serial killing, he delves deep into the appalling facts of the case, into the futile police investigations, and into the dark history of late Victorian London. The incredible criminal career of the Thames torso murderer has gripped readers and historians ever since he committed his crimes in the 1870s and 1880s. The case poses as many questions as the even more notorious killings of Jack the Ripper. How, over a period of fifteen years, did the Thames murderer get away with a succession of monstrous and sensational misdeeds? And what sort of perverted character was he, why did he take such risks, why did he kill again and again?