Rating the Audience: The Business of Media (Paperback) 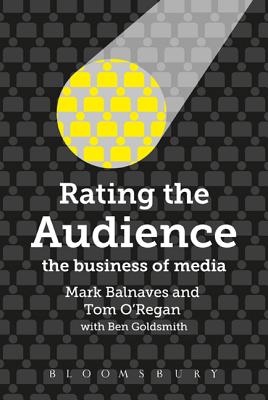 Rating the Audience: The Business of Media (Paperback)

Knowing, measuring and understanding media audiences have become a multi-billion dollar business. But the convention that underpins that business, audience ratings, is in crisis. Rating the Audience is the first book to show why and how audience ratings research became a convention, an agreement, and the first to interrogate the ways that agreement is now under threat.

Taking a historical approach, the book looks at the evolution of audience ratings and the survey industry. It goes on to analyse today's media environment, looking at the role of the internet and the increased difficulties it presents for measuring audiences. The book covers all the major players and controversies, such as Facebook's privacy rulings and Google's alliance with Nielsen.

Offering the first real comparative study, it will be critical for media students and professionals.

Professor Mark Balnaves is Senior Research Fellow in New Media, in the Department of Internet Studies in the School of Media, Culture and Creative Arts, Curtin University of Technology, Australia. Professor Tom O'Regan was the Head of the School of English, Media Studies and Art History at UQ from 2005-2008, Director of the Australian Key Centre for Cultural and Media Policy (1999-2002, Griffith University) and the Centre for Research in Culture and Communication (1996-1998, Murdoch University). In 2002 he was elected a Fellow of the Australian Academy of Humanities. From 2002-2003 he was the Australian UNESCO-Orbicom Professor of Communication. Ben Goldsmith is a Research Fellow at the University of Queensland.