The James Bond Film Guide: The Official Guide to All 25 007 Films (Hardcover) 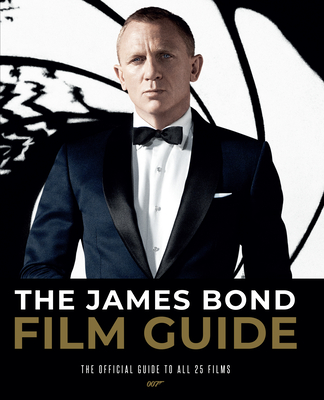 The James Bond Film Guide: The Official Guide to All 25 007 Films (Hardcover)

By Will Lawrence (Editor)


Backordered. There will likely be a delay in getting this book
Celebrating 60 years of James Bond films! The essential guide to all 25 Bond adventures, including No Time to Die, starring Daniel Craig!

The James Bond Film Guide has it all: facts on the stories, characters, vehicles, gadgets, and locations of each 007 movie. This authorized guide takes fans through six decades of one of the entertainment industry’s greatest, most-enduring film franchises ever, and it boasts nearly 1,000 photographs, posters, and movie images from the filmmakers’ extensive archives.

007 expert Will Lawrence, author of Blood, Sweat and Bond: Behind the Scenes of Spectre, delivers an indispensable guide to what happened in which film – and when – providing everything new and longtime fans alike could ever want to know about the world of James Bond. That phenomenal world has been at the center of EON Productions’ iconic film franchise, the long-running big screen series in history, since the release of Dr. No in 1962, and continuing later this year with No Time to Die.
Will Lawrence is a freelance writer and a contributing editor on the film magazine Empire. He has written for many international newspapers, websites and magazines. He writes extensively on the Bond series, has worked closely with Eon Productions on all the Daniel Craig films, and authored the book Blood, Sweat and Bond: Behind the Scenes of Spectre.
From the back cover
The authorized guide to all 25 official James Bond films, from Dr. No to No Time to Die.

Illustrated throughout with iconic imagery, poster art, and film stills from the filmmaker’s archive. Includes vehicles and equipment form each movie. Featuring profiles of the Bond actors and producers who brought 007 to the big screen.