An Alphabet of Architectural Models (Paperback) 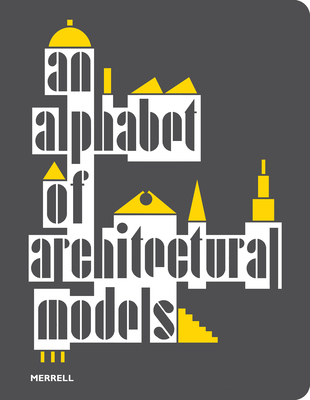 An Alphabet of Architectural Models (Paperback)


We can usually get this book in 3 to 7 days, except during a pandemic. We are doing our best
For thousands of years, architects have used models to invent, experiment and communicate. A world in miniature, such models are even more varied in their purposes and materials than their full-scale counterparts. This beautifully designed book explores the uniquely fascinating nature of the architectural model through 26 illustrated essays, one for each letter of the alphabet - from A for 'Ancient' (on the world's oldest models) to Z for 'Zoom' (on the photography of models). Unbound by the practicalities of life-size construction, models allow architects the flexibility and freedom to think in three dimensions. Whether made for purely speculative exercises or to solve a specific problem, they are aids to the imagination. Equally, they can be used as detailed and accurate representations of particular places (either built or as yet unrealized) in order to convey information to patrons or the public. Models can be made in a wide variety of media, from paper, cork and wood to such ephemeral materials as sugar and jelly. Most recently, the advent of digital technologies has transformed possibilities for prototyping, which in turn has greatly influenced architectural design. Models also have a vibrant life beyond the design process. Souvenir models collected on the Grand Tour, 1:1 scale plaster models of architectural fragments displayed in museums, and architectural toys that have delighted children and adults alike are just some of their manifestations outside the architect's office. Written by architects, model-makers, curators, conservators and scholars, the texts in this absorbing Alphabet explore such varied but fundamental issues as modelling materials and techniques, scale, and the role of the model in the design process. They also go beyond conventional accounts to look at models under the X-ray machine, their use in film, and edible models. The result is a wide-ranging, insightful and original account of the multiple lives of the architectural model.