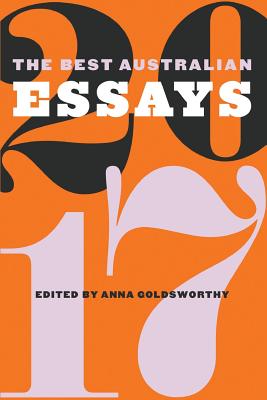 'When a group of essays get together in a room they start talking to each other, often in surprising ways ... The existence of these voices - stylish, vital frequently wise - is a source of hope.' --Anna Goldsworthy

The Best Australian Essays showcases the nation's most eloquent, insightful and urgent non-fiction writing. In her debut as editor of the anthology, award-winning author Anna Goldsworthy chooses brilliant pieces that provoke, unveil, engage and enlighten. From the election of Donald Trump to digital disruption, from the passing of rock gods to the wonders of Australian slang, these essays get to the heart of what's happening in Australia and the world.