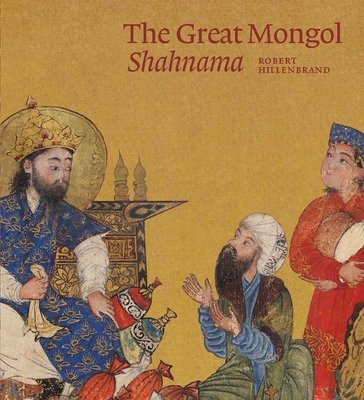 
Coming Soon - Available for Pre-Order Now
A detailed study of the Great Mongol Shahnama, considered to be the greatest of all Persian illustrated manuscripts​

The Great Mongol Shahnama is widely considered to be the definitive version of Firdausi’s epic poem, and the greatest of all Persian illustrated manuscripts. The paintings from this manuscript are held in private collections and institutions around the world, and have only been seen together in a single volume once since they were originally dispersed. This monograph reunites the paintings and reproduces them as 67 full-page, high quality color plates, alongside an analysis by leading scholar of Islamic art, Robert Hillenbrand. With newly commissioned photographs and insights into technical aspects of the paintings, The Great Mongol Shahnama is a comprehensive resource for those interested in Persian art and manuscripts.
Robert Hillenbrand is an honorary professorial fellow in the Department of Islamic and Middle Eastern Studies at the University of Edinburgh.