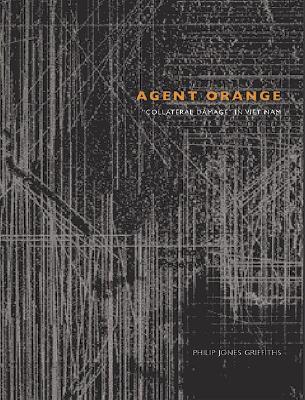 Philip Jones Griffiths, for a record five years the President of Magnum Photos, created in Vietnam, Inc. a record of the war there of almost Biblical proportions. No one who has seen it will forget its haunting images. In Agent Orange he has added a postscript that is equally memorable. In 1960 the United States war machine concluded that an efficient deterrent to the enemy troops and civilians would be the devastation of the crops and forestry that afforded them both succour and cover for their operations. Initial descriptions of the scheme included "Food Denial Program," later adapted to "depriving cover for enemy troops." They gave the idea the name "Operation Hades," but were advised that "Operation Ranch Hand" was a more suitable cognomen for PR purposes. The US had developed herbicides for the task. The most infamous became known as Agent Orange after the coloured stripe on the canisters used to distribute it. The planes that carried the canisters had 'only we can prevent forests ' as a logo on their fuselages. They were right. It was very effective. Unfortunately the herbicide also contained Dioxin, probably the world's deadliest poison. In Agent Orange Philip Jones Griffiths has photographed the children and grandchildren of the farmers whose faces were lifted to the gentle rain of the poison cloud. Some maintain that the connection between the maimed subjects of Griffiths' photographs and the exposure to Agent Orange is not scientifically established. However, the compensation payments made by the herbicide manufactures to those Americans sprayed in Viet Nam refute this assertion. Historians will find it sufficient to say that there will always be collateral damage, that useful PR phrase, in war and that Philip Jones Griffiths should understand the consequences of martial endeavours. He most certainly does. He has catalogued here a pitiless series of photographs, and there can be no doubt that they should and will be recognized.