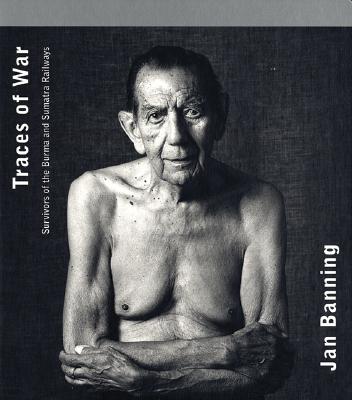 Allied victory in the Pacific celebrates its sixtieth anniversary in August. Among the celebrants will be a small, largely forgotten group reliving nightmares of captivity. Dutch, English, Australian and American prisoners of war worked among more than a quarter of a million Asians--so called romushas--forced by the Japanese to build railways in Burma and Sumatra. Conditions were desperate: between 50 and 80 per cent of the romushas did not survive, not least because many were torpedoed in transit. The sinking of just the Junyo Maru resulted in the deaths of 4000 Asian workers and 1500 POWs. In Traces of War Jan Banning has interviewed and photographed 24 Dutch and Indonesian survivors. His haunting images show them as they worked, naked from the waist up. Their words elicit, with a matter-of-fact disinterest, the misery of their constant understanding of death. Unsurprisingly, they have hitherto been loath to discuss their ordeals.