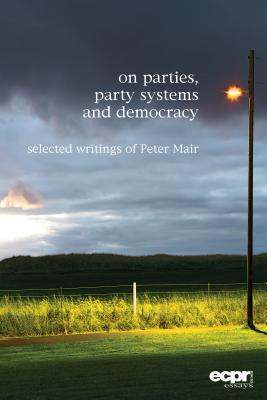 
We can usually get this book in 3 to 7 days, except during a pandemic. We are doing our best
This collection brings together some of the most significant and influential work by leading comparativist Peter Mair (1951-2011). The selection ranges from considerations on the relevance of concept formation to the study of party systems and party organisations; and from reflections on the democratic legitimacy of the European Union to the future of party democracy. Including frequently cited papers alongside lesser-known work, the writings collected in this volume attest to the broad scope and depth of Mair's insights into comparative party politics, and the changing realities of party government. As such, they form an important and enduring contribution to the study of politics, and a fitting tribute to an inspirational and much-missed figure in the global political science community. Edited and introduced by Ingrid van Biezen, with an intellectual portrait of Peter Mair by Stefano Bartolini and Hans Daalder.