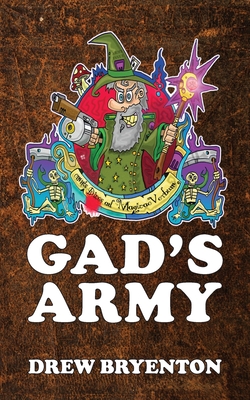 But beyond the front lines, a secret conflict rages which is as insane as it is desperate. Hitler's occult forces, led by the determinedly evil Hans Schprinkler, are trying to crack the British Army's ultra top secret Section M.

But they also have Squad 27, the most hapless band of magical misfits ever to be pressganged into occult combat. And Squad 27 now has Eddie Weatherfield. They say the power he's mistakenly been given could win the war.

They say it could also unravel space and time, feeding us all to things with names like the leftover bits of the Welsh telepone book.

But when a full cast of Atlanteans, Elves, Goblins, Dwarves, Wizards, Leprechauns, Vampires, Robots, Nazi super scientists and Tentacle Horrors want to see you dead, all you can do is trust in your mates, load your tommy gun and pray for a miracle.

Good thing that some of the Gods are strapping on their army boots to join in too..