Little Book of Churchill: In His Own Words (Hardcover) 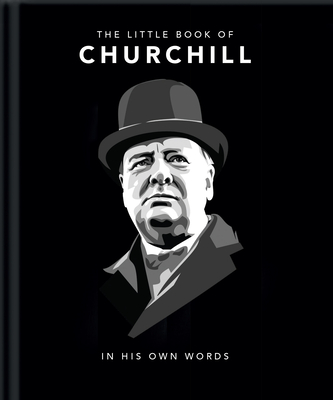 Little Book of Churchill: In His Own Words (Hardcover)

This is book number 6 in the Little Book Of... series.

The iconic leader who 'mobilized the English language and sent it to battle'.

Churchill's life and political career were certainly long and colorful: he travelled the world, fought in the Boer War, and oversaw the disastrous Gallipoli campaign during the First World War. But it was during the Second World War that this natural leader's qualities of grit, dogged determination and perseverance truly came to the fore as he led the nation to victory.

Churchill's rallying speeches made him one of the world's greatest orators, while his acerbic wit was legendary. Readers will delight in finding the best of this illustrious Briton's words in one handy, pocket-sized volume.

'I am ready to meet my Maker. Whether my Maker is prepared for the great ordeal of meeting me is another matter.' Said on his 75th birthday, 30th November 1949.