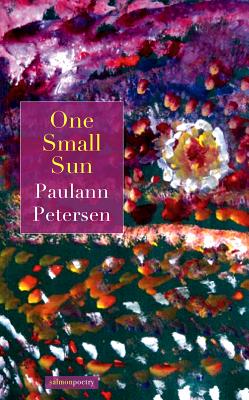 
On Our Shelves Now as of 24 Hours Ago. Call first to confirm.
Takes readers from a fur shop in Oregon to a shrine in India. Its pages contain a meditation on post-mortem photographs, an ode to the female earwig; an elegy for a grandmother's panache. Tapping deeply into memory, relying on poetry's ability to bring alive again what is coded into the blood, these poems ultimately form an arc of an aging woman's life. This collection tells the tales of what she has always realized, is ever learning, and can truly know. Paulann Petersen, Oregon Poet Laureate Emerita, has six previous full-length books of poetry. Her poems have appeared in many journals, including Poetry, The New Republic, Prairie Schooner, and POETRY IN MOTION, which placed poems on busses and light rail cars in the Portland, OR area. She was a Stegner Fellow at Stanford. In 2006 she received the Holbrook Award from Oregon Literary Arts, and in 2013, Willamette Writers' Distinguished Northwest Writer Award. As Oregon's 6th Poet Laureate, from 2010 to 2014 she traveled over 27,000 miles within Oregon, visiting all of its 36 counties to give workshops, readings, and presentations.