Let it Lizzo!: 50 Reasons Why Lizzo is Perfection (Hardcover) 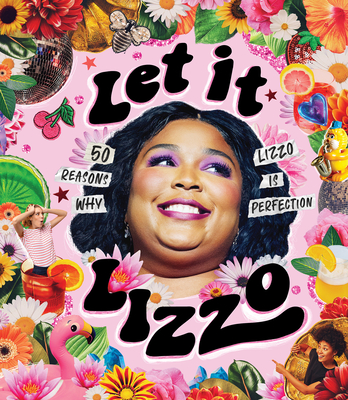 Let it Lizzo!: 50 Reasons Why Lizzo is Perfection (Hardcover)


On Our Shelves Now as of 24 Hours Ago. Call first to confirm.
This hilarious unofficial scrapbook is a love letter to Lizzo, the queen of self-affirmation, soulful pop bangers, and, of course, the red carpet.

To many, it seemed as though Lizzo shot to fame overnight. But longtime fans, like author Billie Oliver, know this is hardly the case. Lizzo’s story is one of tireless persistence, in an industry and media landscape where she was often made to feel like she didn’t belong. Well, you better believe that never stopped Lizzo.

Lizzobangers, her debut album, dropped in 2014 and piqued interest. But it was from 2016 onwards, as Lizzo’s hilarious online presence grew in step with her status as a self-love advocate, that her ascent to global stardom began.

All the while, Lizzo maintained her brand of I-don’t-give-a-f **k sincerity that many of us now aspire to. Or at least enjoy watching. How many other artists can claim to have twerked on stages around the world while playing classical flute?

This book offers 50 pieces of Lizzo’s story, as a tribute to an icon who truly shines.
Billie Oliver is a film critic and freelance journalist, based in Melbourne, Australia. She's a bona fide pop-culture junkie, and has written plenty of Lizzo-laden red carpet recaps in her time. Billie previously authored Chalamania and Keanu Forever which were published by Smith Street Books.