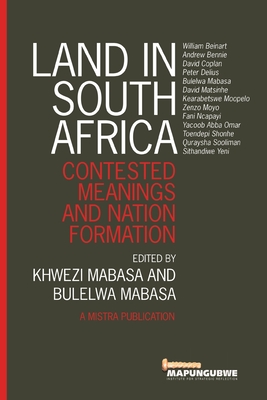 Land in South Africa: Contested Meanings and Nation Formation, examines how land and agrarian reform impacts nation building, citizenship, and identity formation. The publication draws attention to the limitations of reducing land to a commodity, and how this approach perpetuates social conflict and inequality in land reform policy implementation.

The chapters investigate the diverse and contested meanings of land to elevate how South Africans perceive land justice and reform, while also including several international case studies. The publication argues that land power relations and policy debates are constitutive components of nation building. And, importantly, that land shapes essential pillars in nation formation such as citizenship, political identity, heritage, a sense of belonging and social disparities.