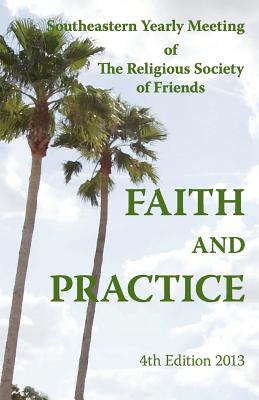 By Southeastern Yearly Meeting Of the Rsof


We can usually get this book in 3 to 7 days, except during a pandemic. We are doing our best
Quaker Faith And Practice is a tradition among the Religious Society of Friends dating back to its beginnings in the 1650's in England. The practice started as a series of letters containing advice and counsel for ministers traveling in Europe and North America and Queries and Advice for the Friends Meetings struggling under persecution from the English church and crown.Eventually, these letters were collected, printed, and distributed to the increasing number of Friends Meetings around the world. These books were regularly updated over the years as Friends labored over religious concerns related to living the Gospel in a society and wider world less concerned with being their brother's or sister's keeper. For example, Quakers struggled with the fair and equal treatment of women, Native Americans, slaves, and apprenticed persons long before those concerns became part of the social discourse. Quakers have been committed to peace and non-violence since 1660, refusing on a spiritual and scriptural basis to participate in war and any industry that contributes to war. In this valued tradition, Southeastern Yearly Meeting of the Religious Society of Friends offers their current understanding, advice, and guidance of where the Gospel is calling Friends in the southeast U.S. to stand in the world today. We invite you to sped a little time getting to know a little about us. Southeastern Yearly Meeting's Faith and Practice (342 paperback pages) includes sections on faith and practice, Quaker values present-day organization and structure explaining the bottoms-up practice of discerning decisions by sense-of-the-meeting, common worship and business meeting practices, references including an extensive Reading List, Glossary, and short history of SEYM.