The Three of Spades: Part 8 of the Red Dog Conspiracy (Paperback) 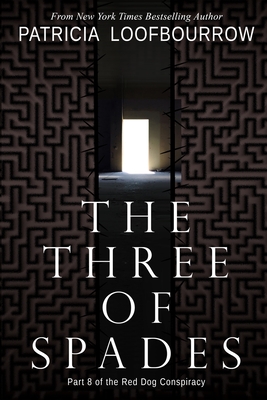 The Three of Spades: Part 8 of the Red Dog Conspiracy (Paperback)

This is book number 8 in the Red Dog Conspiracy series.

As a private eye closes in on her city's secrets, there are those who will go to any lengths to stop her.

After the horrific events of our last chapter, Jacqui's in a medical predicament. If she wants to stay free from the Spadros crime syndicate, she has to find the cure for her condition - and time's running out.

But just when Jacqui thinks she's found what she's after, she finds herself instead in a much bigger - and deadlier - situation.

She's getting closer to discovering what mechanisms really lie beneath the city.

And the Red Dog Gang isn't the only one who wants her stopped.

This is chapter 8 of a 13-part serial novel, the Red Dog Conspiracy:

Please read the books in order - otherwise you will not know what is going on.

If you need to catch up, the first three books are available in the Red Dog Conspiracy Act 1 set, available in ebook and paperback editions.

All caught up and ready to go?