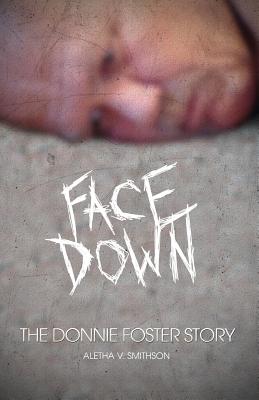 The heat against the asphalt sweltered...the awareness of death, spit, and stench of urine was driven through my nostrils with every breath. I would still carry out my plan to end it all.

In this harrowing tale of abuse, addiction, and ultimate redemption, Aletha Smithson chronicles the life of Donnie Foster.

Donnie lived his entire life Facedown. His abusive childhood taught him to keep his head down to avoid the wrath of his violent stepfather. He found solace in the prescription drugs he stole from his mother and the very same alcohol that made his stepfather belligerent. As Donnie got older, he turned to more powerful drugs: cocaine and meth. He was soon wrapped up in the dangerous world of vicious drug lords, acting as their minion. There wasn't anything he wouldn't do for them or his next hit. It was not long before Donnie found himself at Corcoran State Penitentiary, lying facedown on the asphalt and reexamining his life.

God spoke to him then, and after years of running from the law and God, Donnie turned his life around to become a totally new creation through Christ, realizing that truly all things are possible with God.