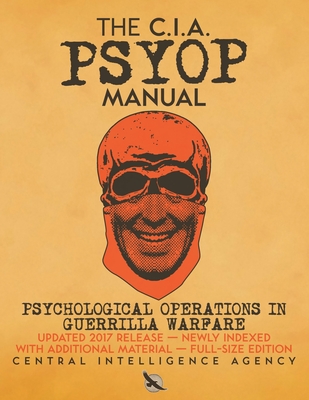 Psychological Operations (PSYOP) are a core component of all human competition and struggle: from all-out war, to low-intensity conflict, to the political and commercial influence operations whose effects we are exposed to by the news and other media every day.

Without the ability to win hearts and minds, to cement existing beliefs and loyalties, to sway the undecided and even to convince enemies to defect, no exertion of will directed at a group of people can ever be successful, regardless of its righteousness.

Furthermore, without an awareness of the techniques arrayed against us, anyone can fall victim to the efforts of influence operators whose malign intent may be focused on fomenting division and instability.

This fascinating manual was originally created for anti-Sandinista "Contra" guerrillas in Nicaragua in the early 1980s. In addition to its value as a historical document, the fact that it deals with the use of PSYOP by a paramilitary group during a period of overt war means that it possesses an honesty and urgency that would be unlikely under other circumstances: it treats subjects that would otherwise be considered taboo with blunt clarity. The reader is therefore left with no illusions about the lengths to which operators may go to achieve their objectives.

Controversy surrounding several such passages in the manual led to significant media attention in late 1984, and President Ronald Reagan ordered an investigation into its origins.

This definitive new full-size edition is based on the complete 2017 FOIA release of the manual, which has been transcribed, corrected, annotated, and newly indexed. It contains a new introduction and a file of related material from the CIA archives.

For information purposes only.

Proudly published in the U.S.A. by CARLILE MEDIA.