The Necessity of Wildfire: Poems (Paperback) 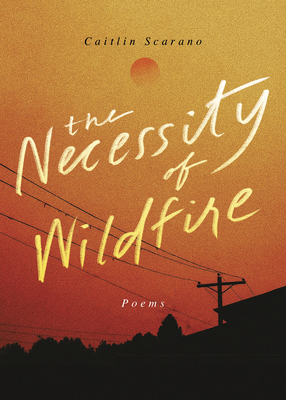 The Necessity of Wildfire: Poems (Paperback)


On Our Shelves Now as of 24 Hours Ago. Call first to confirm.
Winner of the Wren Poetry Prize selected by Ada Lim n, Caitlin Scarano's collection wrestles with family violence, escaping home, unraveling relationships, and the complexity of sexuality. The Necessity of Wildfire begins, "To not harm / each other is not enough. I want to love you / so much that you have no before." These poems chase a singular, thorny question: how does where and who we came from shape who and how we love? Judge Ada Lim n says the resulting collection is "hungry, clear-eyed, tough, and generous."Scarano's imagination is galvanized by the South where she grew up and by the Pacific Northwest where she now resides--floods and wildfires, the Salish Sea and the North Cascades, and the humans and animals whose lives intersect and collide there. In this collection, Scarano reckons with a legacy of violence on both sides of their family, the death of their estranged father, the unraveling of long-term relationships, the complexity of their sexuality, and the decision not to have children. With fierce lyricality, these poems--"stories without monsters, / stories without morals"--resist both redemption and blame, yet call in mercy.
Originally from Southside Virginia, Caitlin Scarano (she/they) is a writer based in Bellingham, Washington. She holds a PhD from the University of Wisconsin-Milwaukee and an MFA from the University of Alaska Fairbanks. They were selected as a participant in the NSF's Antarctic Artists & Writers Program and spent November 2018 in McMurdo Station in Antarctica. Her debut collection of poems is Do Not Bring Him Water. Her work has appeared in Granta, Entropy, Carve, and Colorado Review. You can find them at caitlinscarano.com.