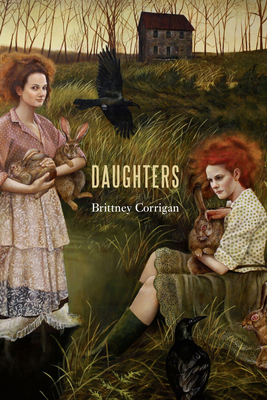 Poetry. This collection reimagines characters from mythology, folklore, fairy tales, and pop culture from the perspective of their daughters--daughters we don't expect such individuals to have, as we don't usually think of Bigfoot, the Mad Hatter, or Medusa as parents. The persona poems in DAUGHTERS give voice to the guilt, resentment, and anger that may come with raising a child as well as explore the intertwining of these shameful feelings with pride and love. These figures are a new visioning, from the daughters' perspective, of what it means to shape another human being. Taking on such topics as aging, rebellion, loss, domestic violence, homelessness, and gender identity, the voices of DAUGHTERS aim to upend the reader's conceptions of the characters and throw light upon what it means for a girl to come out from under her parents as a woman of her own making.