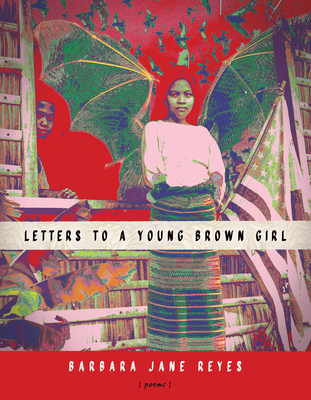 This is book number 182 in the American Poets Continuum series.

The Brown Girl of these poems is fed up with being shushed, with being constantly told how foreign and unattractive and unwanted she is. She's flipping tables and throwing chairs. She's raising her voice. She's keeping a sharp focus on the violences committed against her every day, and she's writing through the depths of her "otherness" to find beauty and even grace amidst her rage. Simultaneously looking into the mirror and out into the world, Reyes exposes the sensitive nerve-endings of life under patriarchy as a visible immigrant woman of color as she reaches towards her unflinching center.

Barbara Jane Reyes was born in Manila, Philippines, and was raised in the San Francisco Bay Area. She is the author of five previous collections of poetry: Gravities of Center (Arkipelago Books, 2003), Poeta en San Francisco (Tinfish Press, 2006), which received the James Laughlin Award of the Academy of American Poets, Diwata (BOA, 2010), which received the Global Filipino Literary Award for Poetry, To Love as Aswang (PAWA, Inc. Publications, 2015), Invocation to Daughters (City Lights, 2017), and Letters to a Young Brown Girl (BOA, 2020). She is an adjunct professor at University of San Francisco's Yuchengco Philippine Studies Program. She lives with her husband, poet Oscar Bermeo, in Oakland, CA.