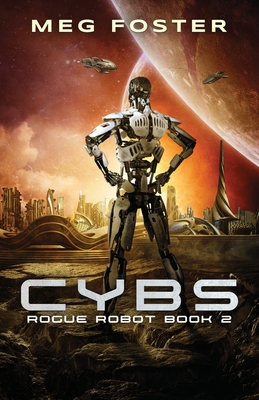 Gabe has a new mission...

How will Gabe and the team pull off the rescue?

The biggest threat will be the Cybs. A group of former human slaves turned into cyborgs who are programmed to kill. They must rescue an old friend, Synthia and a powerful general named Anjori from an underground prison lab. It won't be easy.

Gabe and the team will need help.

Could Stoller be the answer?

A former captain in the marines - he's down and out and salty but has a good heart. Still, it may not be easy to convince Stoller to stick out his neck. That's not the only problem. If the Heragi Empire can turn humans into cyborg soldiers, how will they be stopped?

Can the team pull it off?

You'll love this second book in the Rogue Robot sci-fi adventure series, because saving the galaxy just got a lot more complicated and this may be a turning point in their struggle.

This series should be read in order for best enjoyment.