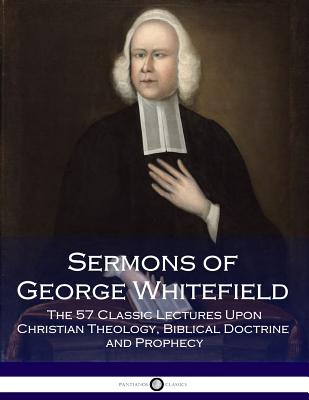 
This book has been declared out of stock indefinitely, so we are unlikely to be able to get it.
A total of 57 lectures of George Whitefield, one of the most celebrated preachers of England and the American colonies in the 18th century, are presented here.
Together, these lectures offer a profound insight into an innovative and often controversial preacher. A man of immense gifts for expression, George Whitefield would commonly drive an audience to tears with his sincere expressions of faith. Pushing the boundaries of his era, Whitefield rebelled against church authority and claimed that God himself permitted that he preach initerant indoors and in the open air.
Whitefield rose from humble beginnings to become one of the most pivotal Christians of his era. Too poor to afford tutelage, the young Whitefield managed to avoid tuition by acting as a servant to other students; assisting them to wash; cleaning their quarters; and carrying their books and satchels.
Such menial work appeared to fire George Whitefield's spirit; he converted to Christianity and fervently attended to his studies thereafter. From early in his preaching career he proved both a fiery orator and a committed Christian; however he would attract criticism in the popular press of the era for condemning the Moravian Christians and, in an open air mass in Ireland, Roman Catholicism. He also supported slavery, which was legalized in Britain during his lifetime, but vocally opposed cruel treatment of slaves.
Perhaps Whitefield's greatest contribution to Christianity were his preaching techniques. He would often gesticulate and show great emotion on the pulpit, his face tearful or contorted with expression. He would narrate and act stories of the Bible, rather than simply quote scripture verbatim. Such behavior was associated with the theater of the time, but proved extremely effective at captivating Christian audiences. It was through Whitefield that personal experience, rather than theory taught in schools and seminaries, took precedence for preachers.
When Whitefield delivered his sermons between the 1730s and 1770, Great Britain was in its ascendance as a global power. The imperialistic model of colonizing far-flung places saw the country's naval and military might grow, as burgeoning wealth from trade of exotic goods, raw materials, and slave labor was generated.
Whitefield, as a committed patriot, preached of the British Empire's nobility and worthiness of support - several of his sermons specifically concern political, rather than spiritual, topics. Much of this unconventional sermonizing may be explained by the fact Whitefield had traveled to the Thirteen Colonies in North America; public discontentment with British rule had already become an issue at the time.