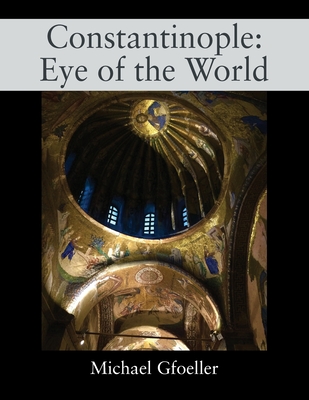 Beneath and in the midst of the modern metropolis of Istanbul lie the remnants of another city, called Constantinople. For over a thousand years, from May 11, 330 to May 29, 1453, it was the cultural and spiritual capital of Christendom. Throughout the Middle Ages the city that its inhabitants also called New Rome served as a living bridge to the civilizations of Classical Greece and Rome, transmitting their intellectual riches to both the West and East and ultimately laying the foundations of the Renaissance. Constantinople: Eye of the World is a meditation in photographs on the greatest city of the ancient and medieval worlds. In the 11th century, when the population of Rome was 30,000, Constantinople and its suburbs were home to perhaps a million people. It was the only major city of the ancient world to survive intact to the end of the Middle Ages, preserving the intellectual heritage of Greece and Rome. Napoleon Bonaparte once said that if the world had a capital, it would be Constantinople. The City's founder, St. Constantine the Great, would surely have agreed. Its medieval Greek inhabitants called their City ho ophthalmos tou kosmou - the Eye of the World.