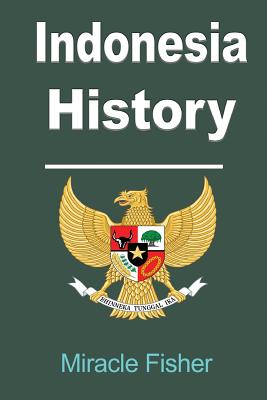 
This book has been declared out of stock indefinitely, so we are unlikely to be able to get it.
Indonesia History. Early Era till Date. Remains of Homo erectus (originally called Pithecanthropus, or Java man) indicate that the ancestors of humans already inhabited the island of Java roughly 1.7 million years ago, when much of the western archipelago was still linked by land bridges. Some 6,000 years ago a rapid postglacial rise in sea level submerged these bridges. What remained was the largest island complex in the world: the Indonesian archipelago. Not surprisingly, the sea has greatly influenced Indonesian history, and the boat has long been a pervasive metaphor in the arts and the literary and oral traditions of the islands. Monsoon winds, blowing north and south of the Equator, have facilitated communication within the archipelago and with the rest of maritime Asia. In early times timber and spices of Java and the eastern islands were known afar, as were the resins from the exceptionally wet equatorial jungle in the western islands of Sumatra and Borneo. By the first centuries ce, goods were already being shipped overseas, and navigable rivers had brought the Indonesian hinterland into contact with distant markets. Although records of foreign trade begin only in the early centuries ce, it is possible that people from the Indonesian archipelago were sailing to other parts of Asia much earlier. The Roman historian Pliny the Elder's Natural History suggests that, in the 1st century ce, Indonesian outriggers were engaged in trade with the east coast of Africa. Indonesian settlements may have existed at that time in Madagascar, an island with distinct Indonesian cultural traits. The geographer Ptolemy, in the following century, incorporated information from Indian merchants in his Guide to Geography concerning "Iabadiou," presumably referring to Java, and "Malaiou," which, with its variants, may be a rendition of "Malayu," a term once broadly applied to various interior regions and kingdoms of Sumatra. (In contemporary usage and spelling, the term Melayu refers to Malay peoples.)