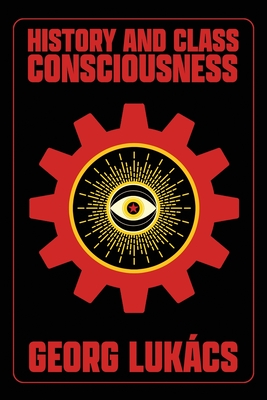 History and Class Consciousness: Studies in Marxist Dialectics is a 1923 book by the Hungarian philosopher Georg Luk cs, in which the author re-emphasizes the philosopher Georg Wilhelm Friedrich Hegel's influence on Karl Marx, analyses the concept of "class consciousness", and attempts a philosophical justification of Bolshevism.

Luk cs attempts a philosophical justification of Bolshevism, stressing the distinction between actual class consciousness and "ascribed" class consciousness, the attitudes the proletariat would have if they were aware of all of the facts. Marx's idea of class consciousness is seen as a thought which directly intervenes into social being. Claiming to return to Marx's methodology, Luk cs re-emphasizes the philosopher Georg Wilhelm Friedrich Hegel's influence on the philosopher Karl Marx, emphasizes dialectics over materialism, makes concepts such as alienation and reification central to his theory, and argues for the primacy of the concept of totality. Luk cs depicts Marx as an eschatological thinker. He develops a version of Hegelian Marxism that contrasted with the emerging Soviet interpretations of Marxism based on the work of the philosopher Georgi Plekhanov and the dialectics of nature inspired by the philosopher Friedrich Engels.

While reading, it is important to note that later in his life Luk cs believed he misunderstood Marx's conception of alienation and conflated it with Hegel's conception. It is important to understand, too, that Luk cs believed orthodox marxism "refers exclusively to method." As such, this book should not be read to keep one foot into the ivory tower but to understand this as another addition to a long historical conversation had on the philosophical implications of class consciousness, not so much a radical history of it as the title may be interpreted as.