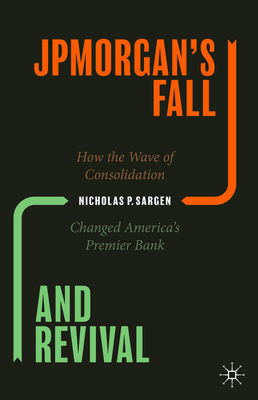 By Nicholas P. Sargen
$47.99
We can usually get this book in 3 to 5 days, except during a pandemic. We are doing our best

Nicholas P. Sargen is an international economist turned global money manager. He has been involved in international financial markets since the early 1970s, when he began his career at the U.S. Treasury and the Federal Reserve. He subsequently worked on Wall Street for 25 years, holding senior positions with Morgan Guaranty Trust, Salomon Brothers Inc., Prudential Insurance and J.P. Morgan Private Bank. In 2003 he became Chief Investment Officer for the Western & Southern Financial Group and its affiliate, Fort Washington Investment Advisors Inc., where he now serves as an economic consultant. Sargen has written extensively on international financial markets, and he currently produces a blog on Fort Washington's website, where his views are updated. He appeared frequently on business television programs throughout his career on Wall Street, and was a regular panelist on Louis Rukeyser's Wall Street Week. He was born and raised in the San Francisco Bay Area, and received a PhD in Economics from Stanford University.