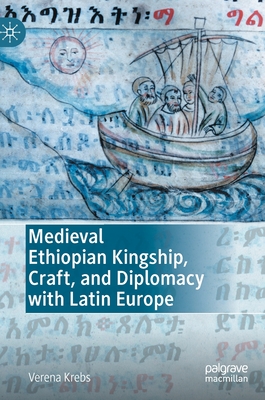 This book explores why Ethiopian kings pursued long-distance diplomatic contacts with Latin Europe in the late Middle Ages. It traces the history of more than a dozen embassies dispatched to the Latin West by the kings of Solomonic Ethiopia, a powerful Christian kingdom in the medieval Horn of Africa. Drawing on sources from Europe, Ethiopia, and Egypt, it examines the Ethiopian kings' motivations for sending out their missions in the fifteenth and early sixteenth centuries - and argues that a desire to acquire religious treasures and foreign artisans drove this early intercontinental diplomacy. Moreover, the Ethiopian initiation of contacts with the distant Christian sphere of Latin Europe appears to have been intimately connected to a local political agenda of building monumental ecclesiastical architecture in the North-East African highlands, and asserted the Ethiopian rulers' claim of universal kingship and rightful descent from the biblical king Solomon. Shedding new light on the self-identity of a late medieval African dynasty at the height of its power, this book challenges conventional narratives of African-European encounters on the eve of the so-called 'Age of Exploration'.

Verena Krebs is Professor for Medieval Cultural Realms and their Entanglements at the Ruhr University Bochum, Germany, where she also co-directs the Bochum Centre for Mediterranean Studies. She holds a bi-national PhD from the universities of Konstanz, Germany, and Mekelle, Ethiopia; her primary research focus is on the late medieval Solomonic Kingdom of Ethiopia and its connections to the wider Mediterranean region.