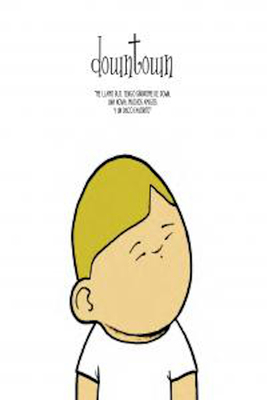 
Backordered. There will likely be a delay in getting this book
"My name is Blo. I have Down Syndrome, a girlfriend, many friends, and a favorite album." Normalcy and inclusion are ever-present within the comic strips compiled in this book. In the words of the author: "Those who have a family member with Down Syndrome know a lot of amusing stories. We would like to share their point of view from a fun and simple perspective."
Noël Lang studied advertising at the University of Alicante, where he won the Young Creatives award, which opened the doors to the job market. After accumulating years of experience, he set up his own creative studio, which he combines with other personal projects such as Downtown, his first foray into the world of comics with Rodrigo García, based on the figure of his uncle Pablo, with Down Syndrome. Rodrigo García studied faculty of fine arts of the University of Valencia. Meanwhile, he exhibits in Madrid, studies design studies that allow him to work as an art director in agencies and studios in the capital. He currently combines his work as a designer with that of illustration. Downtown, with Noël Lang is his first foray into the world of comics