The Wars of the Roses Colouring Book (Paperback) 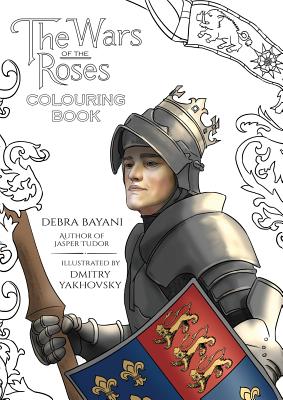 The Wars of the Roses Colouring Book (Paperback)

Debra Bayani, author of Jasper Tudor: Godfather of the Tudor Dynasty, and artist Dmitry Yakhovsky have come together to create this beautiful colouring book which will be enjoyed by both young and old.

The Wars of the Roses lasted for over thirty years and were a series of civil wars fought between rival claimants for the English throne: the Yorkists and Lancastrians. This tumultuous period of history saw the rise of some fascinating historical personalities, and the downfall of others, bloody battles, rebellions, murders, betrayal, and finally the unification of the warring factions.

In The Wars of the Roses Colouring Book, Debra's text introduces these main characters, events and places, while Dmitry's stunning artwork and your colouring will bring them to life. Relax, unwind and express yourself, all while learning about the Wars of the Roses.