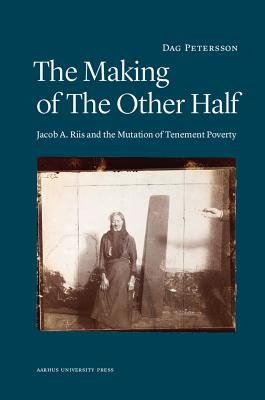 By Dag Petersson
$37.44
Special Order -- These books can be hard for us to get
(This book cannot be returned, even for store credit.)

Jacob A. Riis, a young ambitious police reporter for the New York Tribune, closely documented the poverty stricken world of crime and misfortune that infiltrated New York City at the end of the 19th Century. At the time, Riis was known for his prolific writing; now however, he is considered one of the fathers of photography, with an increasing rise of interest in his work. Riis identified with the socially immobilised day workers, the unemployed, the homeless, the prostitutes and the criminal gangs, all conditioned through his concept of The Other Half--an ideological system based on individual, domestic and social conditions. Dag Petersson has a twofold aim and focus; on the one hand, he presents a thorough and well-researched monograph on the work of Jacob A. Riis, giving a detailed account of his writings, his photographic oeuvre and his ideas. On the other hand, the book is an ambitious attempt at mapping a series of discursive transformations that pave the way for a subsequently dominant mode of thinking about urban pauperization in the twentieth century.